Right now, the focus of the world is on the Middle East, but it is only part of a much larger problem that some call the clash of cultures. And the focus of that clash is centered in Jerusalem. But that is nothing new. For 2000 years, the tidal armies of the world powers have flowed back and forth over the land of Israel.

Today, there is worldwide confusion over who owns Jerusalem, and the land called Palestine. Those who don't know the Bible see it as just another religious squabble. The Jews lost the temple mount in 70 AD when the Romans leveled Herod's temple. When Rome fell, Islam was rising and overran the area all the way into central Europe. Except for brief periods during the crusades, Palestine has been in the hands of Muslims until 1948 when the Jews returned.

Islam teaches that any land that Muslims conquer belongs to Allah forever. Jews stand on the promises of God in the Old Testament that Palestine was given to Abraham and his seed forever. The pope, who claims that Christ put him in charge of earth as His "Vicar," also wants control of Jerusalem. His claims are based on what is called "replacement theology" that teaches that God is finished with Israel because they rejected their Messiah. Those who follow the pope are now the "people of God," replacing Israel as God's chosen people. Therefore, the "promised land" belongs to the pope.

But, Jesus told us how it would play out. In Luke 21 He said that "Jerusalem shall be trodden down of the Gentiles, until the times of the Gentiles be fulfilled." Then there would be a time of great trouble into which Jesus promised that He would return to rule the world from the New Jerusalem.

John McTernan, in his book "As America Has Done To Israel," reminds us:

"When the armies of the world attempt to destroy Israel and take Jerusalem, God will unleash the greatest earthquake that has ever shaken the world. The trigger will be at the Second Coming of Jesus Christ, when He stands on the Mount of Olives in Jerusalem. "This future earthquake will be so powerful that all the mountains and cities of the world will collapse, and every island will disappear. (Rev. 16:18-20) Looking at the Middle East today, and the acts perpetrated by Islamic nations prepared to destroy Israel, this day may not be too far in the future."

Students of prophecy debate endlessly over the details of how this will unfold. But Jesus made it simple. He said to go be His witnesses while we watch these things come to pass. When they do, we are to "look up, and lift up your heads; for your redemption draweth nigh." Surely it is time to do both.

It is important for Christians to remember God's special relationship with Israel. His promise to Abraham was that He would give all of Canaan as an "everlasting" possession (Genesis 17:8). Although they have been driven out from time to time because of disobedience, the convenant still stands. Much of the world doesn't agree, so Jerusalem has become a "cup of trembling". Christians need to stand with Israel, and oppose "dividing the land" in a fruitless effort for peace. God has promised to bless us for it. 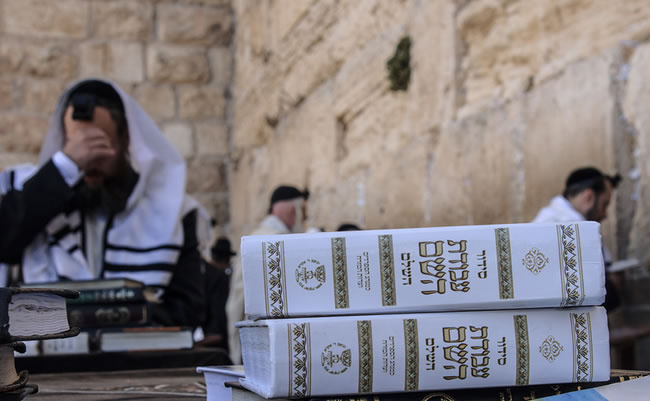 Both Jews and Palestinians know whose God is in control. 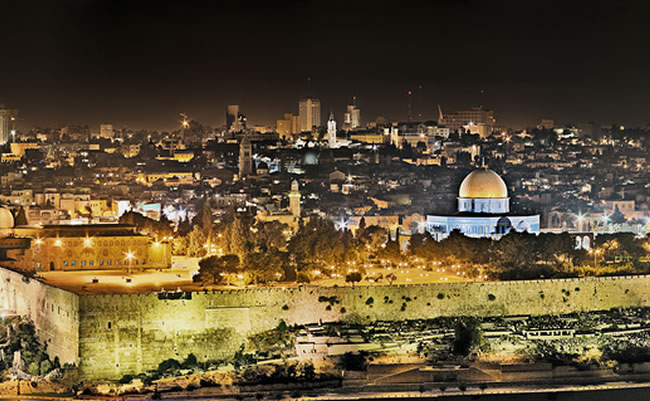 Struggle for Jerusalem Larger Than Jew vs. Arab

Two struggles are tearing at the hope of those who dream of world peace and the brotherhood of mankind. 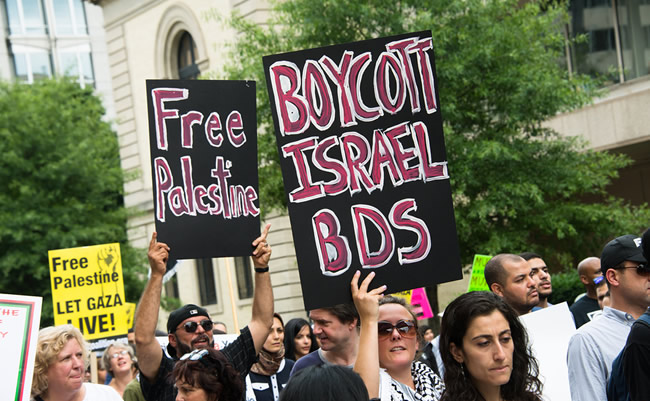 This is happening on American soil. It is time to wake up! 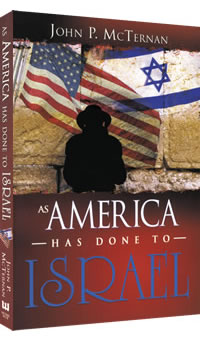 As America Has Done To Israel 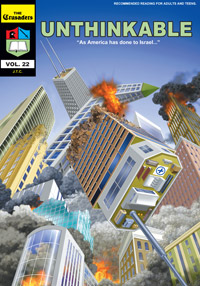 ALL ARTICLES ON Israel

SELECT A CATEGORY:
America and Israel

God Angry About Dividing His Land
Despite claims to the contrary, not all U.S. presidents have supported Israel. Their different approaches have had very different consequences.

Message From Jack Chick January/February 2014
Why did God bless America like He has? And why are we in danger of losing that blessing? It has to do with Israel.

God Still Fights For Israel
Both Jews and Palestinians know whose God is in control.

God's Favorites: Israel - and Babies
America is refreshing its commitment to God’s chosen people, Israel, but what about the other ones God loves —babies?

See all on this topic
Return to categories
Anti-Semitism

Return to categories
Israel vs the World

Jerusalem, God's Barometer, is Reading 'Storm'
Many who believe that Jerusalem is the barometer of biblical prophecy are watching with increased fascination.

Who Owns Jerusalem?
Right now, the focus of the world is on Iraq, but it is only part of a much larger problem that some call the clash of cultures.

Struggle for Jerusalem Larger Than Jew vs. Arab
Two struggles are tearing at the hope of those who dream of world peace and the brotherhood of mankind.

See all on this topic
Return to categories
Jerusalem

As Israel and the PLO Negotiate, The Pope Makes His Bid for Jerusalem
For a diplomatic figure to stand up in Jerusalem and declare Israel's occupation of that city to be "illegal" is hardly newsworthy today.

Who Really Owns Jerusalem?
One of the objectives of the presidency of George W. Bush is to have an agreement for a Palestinian State in place by the end of his term.

'Mr. President, What Shall We Do With Jerusalem?'
How should Christians view the push to divide Jerusalem?

Pope Proposes World Political Authority' with 'Real Teeth'
The Bible predicts a world government under a single global authority. Is "The Beast" nearly upon us?

New EU President Touts 'Global Governance'
World leaders are calling for the world government predicted by the Bible. Just days later, they demanded that Israel give up Jerusalem. Time is running out for the world.

See all on this topic
Return to categories
Vatican and Israel

Bishop's Committee Says Jews Already Saved - Don't Need Jesus
The secular media latched onto the statement as proof that the Jews can be saved by their original covenant with Jehovah.

Dr. Rivera's 15-Year-Old Claims Verified by Current Events
In 1985, ex-Jesuit Alberto Rivera predicted that the Vatican would eventually apologize for its part in the German Holocaust, the inquisition, and the slaughter of Jews and Muslims during the Crusades.

See all on this topic
Return to categories