Was Alberto Who He Claimed To Be? 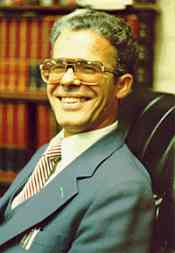 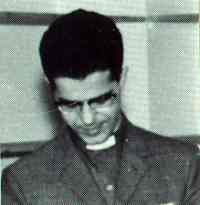 As soon as Alberto Rivera went public with his testimony, the Roman Catholic Church began its damage-control operation. Alberto knew too much! Having been prepared for leadership in the Jesuit order, he had been briefed on things too sensitive to put in writing. Now he was telling the world!

Alberto was immediately denounced as having never been a priest, even though he possessed clear documentation. Christianity Today printed an article written by Gary Metz, attacking Alberto and accusing him of all sorts of things. Alberto refused to spend his life arguing with his accusers. Instead, he just pushed on, preaching the gospel, and trusting God to defend him.

The Lord raised up other Christians who examined the charges against Alberto, and found him to be exactly what he claimed to be. Below is an abundance of evidence. Read it for yourself.

Statements of other Christians

Once he was freed from the oath of celibacy imposed on Roman Catholic priests, Alberto started a ministry, the "Anti-Christ Information Center," dedicated to promoting the truth about the false christ in the Vatican. He then married his wife, Nury, and fathered a son, Alberto Jr.

Since Alberto went to be with the Lord on June 20, 1997, Nury has continued the ministry of A.I.C.

In this personal message, Jack Chick promises to keep Alberto's message alive, and shares an example of what many Catholics say after reading this testimony.