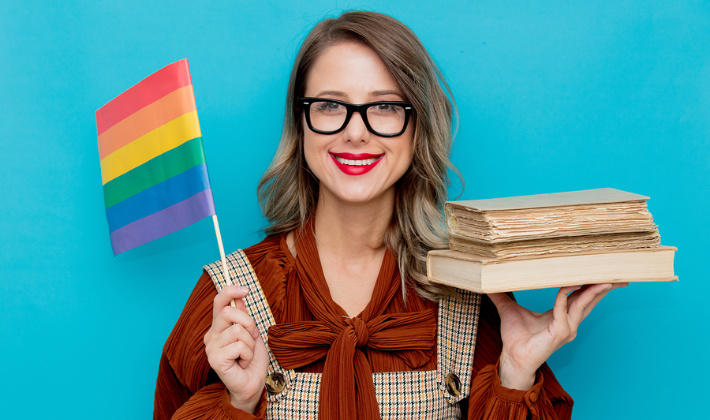 Two high schools in Maryland are scheduling a pilot course on the “history and culture” of homosexuality. The Montgomery County Board of Education unanimously approved the development of the curriculum to be offered in the spring semester.

Activistmommy.com reports that Scott Murphy, director of secondary curriculum told the board members that there was a strong interest in the course. “During initial implementation, we would gather feedback and then come back to you about the success of the pilot to either open it up to all schools or to continue to revise the pilot course,” he said.

Board member Patricia O’Neill expressed pride in the community’s “commitment to equality.”

Several things are terribly wrong with this picture.

Another thing that is so horribly wrong with this picture is the absence of any of the school board members or public comments raising objections to this plan. Where were the Bible believers when these board members were elected? And where were they when this pivotal meeting convened?

The board member’s comment about the “commitment to equality” speaks worlds how skewed our moral sense has become. What other sins will we eventually consider “equal?”

The debate will be endless whether the coronavirus was God’s judgment, but who can deny that we have strayed far from His prescription for a healthy culture.

How did this happen? How has our culture changed so quickly? Could it possibly have something to do with changes that modern Bible translators and publishers have been making to the Bible?

In the following excerpt from, NEW KING JAMES —THE BRIDGE BIBLE, author David W. Daniels, shows how a single word can be critical in conveying the nuance of God’s view on a very current subject. When the New King James changed one word, “effeminate”, to the more general term “homosexual”, it blurred the finer meaning:

The King James doesn’t use sexually explicit words that put our minds in the gutter. So when a sensitive topic is spoken of, the King James keeps our understanding clear, but helps keep our thoughts out of the toilet. With that in mind, please look at 1 Corinthians 6:9-11.

Did you notice that last part? All sinners are redeemable! Now let’s look at two of those sins. At the end of verse 9 are two phrases: “nor effeminate” and “nor abusers of themselves with mankind” First, I’ll do a broad overview, then I will go into detail.

The first one, “nor effeminate,” tells us how high God has set His bar. Men are not supposed to act like women, period. That means men must not dress like women, act like they are women, or do anything else as if they were women. This goes along with the words God gave Moses in his last big speech to the Israelites:

“The woman shall not wear that which pertaineth unto a man, neither shall a man put on a woman’s garment: for all that do so are abomination unto the LORD thy God” (Deuteronomy 22:5).

Note the last words: “abomination unto the LORD thy God” This is not like eating shellfish, which is described this way: “Whatsoever hath no fins nor scales in the waters, that shall be an abomination unto you” (Leviticus 11:12).

You see, if it was “an abomination unto you,” that was a specific law meant solely for the Hebrews. But when the scriptures simply call something an “abomination” or “abomination unto God,” then that is what God finds abominable. It is true, whether it has to do with Jew or Gentile —any person.

So, like homosexuality (Lev. 18:22), cross-dressing—wearing the clothes of the opposite gender—is something that makes a person an abomination unto the LORD God. This is something we have seen on television every single day for decades.

But notice also that cross-dressing, men acting like women, and men lying with other men as they would with women, all became accepted as the King James began to be abandoned by preachers and teachers. Pretty heavy, isn’t it?

So, as we see from David's example, it's vitally important that we have the literal words of God, faithfully translated —and we have that in the KJV! The other versions are man's opinion of what God meant. This is why the KJV is the only Bible we can hold up with confidence and say, "This is what God says." The others are only what "Doctor so-and-so" thinks God said.

In Maryland, when Scott Murphy, director of secondary curriculum, gets around to “gathering feedback,” Christian parents ought to be front and center there. We deplore the devilish drift of the government schools, but electing school boards and lobbying for righteousness in the schools is a place in our own neighborhoods where our voices can be heard.

And don't forget, another way to promote righteousness in your neighborhood is broad distribution of gospel tracts.