Stop! Stop! Not Appropriate For Children

Michelle Brown began reading from a book that she had brought. Suddenly one of the listeners in the room interrupted her saying that what she was reading was inappropriate for any children who might be listening to the livestreamed meeting.

Who was Michelle Brown? She was a concerned parent reading a book from the library of her children’s public school. And the meeting was of the local school board responsible for that library’s contents. The objector was a member of that board.

Brown had obviously made her point.

Like a muddy flood, the evil efforts of educational bureaucracies and corrupted teachers unions keep showing up in unexpected places. Parents are waking up and becoming alerted to the perversions.

It is one thing when a public library holds a very public event by a crossdressing drag queen. If parents know about it they can generally prevent their kids from storing such memories. It’s another whole level of deception when books are quietly placed in the school library

But current practices of some of the public libraries show how far it can go. The below picture of a Citrus County, Florida public library seasonal display shows how twisted the content can be. Rainbow symbols and pride hearts invite the reader to sample the literary offerings. But a Google search of the reviews of a few of the titles brings honest depictions of their disgusting content —and LGBT admiration for the creativity of the corrupt authors.

Beloved, America needs Jesus. And the only way they can really know Him is through the power of His word. Chick tracts are heavily laced with biblical truth. We just need to get more of them out there where people can read them. 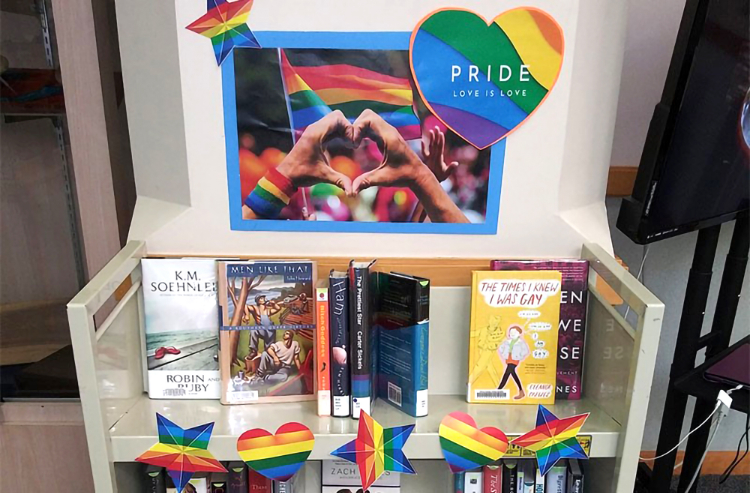 A Google search of some of the titles visible here will show the depth of the perversion.

Other Articles from May/June 2022: