Bible Translation Leader Says, "I'm In Trouble With The Lord."

Dr. Frank Logsdon, project member of the translation committee for the New American Standard Version (NASB), has denounced his work on that Bible and urged all Christians to return to the Authorized Version, commonly known as the King James Bible. 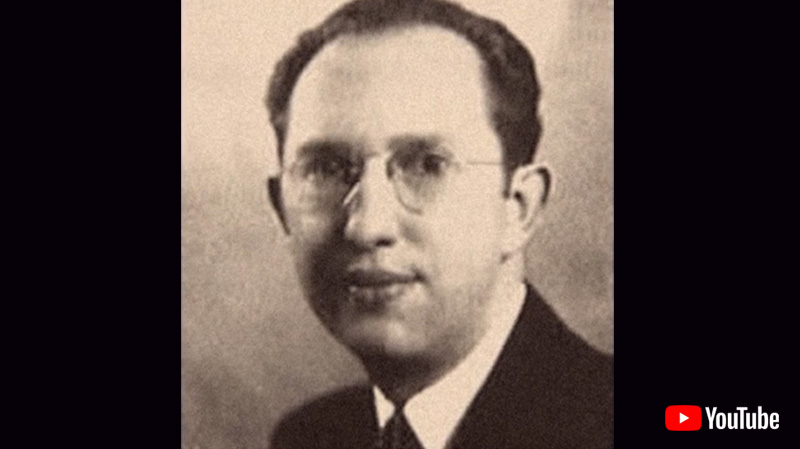 From "Bridge To Babylon" by Adullam Films.

Although the best-selling translation at the present time is the New International Version, both of these modern Bibles are based upon the same Catholic text, and Logsdon's concerns apply to both.

Being involved with the project from the very beginning, Logsdon helped publisher F. Dewey Lockman with the feasibility study that led to the translation. He interviewed some of the translators, sat with them, and even wrote the preface. But soon the questions began coming in.

His old friend, Dr. David Otis Fuller, began to put his finger on the many shortcomings of the Catholic text used in all modern Bibles, which include the NASB and today's NIV.

Logsdon finally said, "I'm in trouble; I can't refute these arguments; it's wrong; it's terribly wrong; it's frightfully wrong; and what am I going to do about it?"

Logsdon shocked publisher Dewey Lockman by writing, "I must under God renounce every attachment to the New American Standard."

Logsdon then began to travel extensively, trying to make up for his error by explaining to people the very simple reasons why the Authorized Version is the one Bible which is absolutely 100% correct.

Along with many other scholars, Logsdon had blindly accepted the basic argument used today to support the use of the two Catholic manuscripts, the Vaticanus and the Sinaiticus, in all modern Bibles.

The "experts" claim that these are the oldest manuscripts in existence, so they must be the best!

The average man sees a little note in the margin which says 'not in the better manuscripts' and he takes for granted they are scholars and they must know, and then he goes on. That's how easily one can be deceived."

It was only after Logsdon took the time to really look into this issue that he was horrified to see that he had played right into Satan's hands, and helped to take many verses out of the Scriptures. Logsdon admitted, "The deletions are absolutely frightening."

The huge number of English Bible translations currently available has produced untold millions of dollars in sales, but does anyone believe that they have produced a modern Church which is more knowledgeable about their Bible? No, it has produced the Siamese twins of confusion and falling away from truth.

All modern Bible translators today use, without question, the New Testament text produced by the famous scholars Hort and Westcott.

But in her book, "New Age Bible Versions", author Gail Riplinger exposes the background and corrupt theology of these giants.

Many readers are surprised at the beliefs of these men, documented by their own writings. Yet modern scholars accept their work without question, just as many university professors today blindly accept evolutionary teaching, safely going along with the crowd to protect their reputations. If you hold in your hand the Authorized Version, you have God's Truth.

History supports it, the Holy Spirit has confirmed it, God's Church has prospered by it. You will find it is hated by all those who seek to make an elastic Bible that is all things to all people... which then becomes nothing to anyone.

"Just say, 'Well, did this new version or this translation come down through the Roman Catholic stream? If so, count me out.'"

Other Articles from November/December 1993: