Philippines
Joshua Yun, missionary to the Philippines, has an aggressive street preaching and tract evangelism program. He writes that the tracts “are very effective. Many souls got saved through reading tracts. Especially, children love Chick tracts. You might not imagine this in the US, but children will run after us asking for a tract. They are so happy to read the tract and they will treasure it and read it over and over again.

“And recently two came to the church to know more about Christ. One of them … has learned how to witness and win souls to Christ in the church. And now she is actively winning souls to Jesus Christ using Chick tracts.”.

Yun finds that both young and old are eager to read the tracts, and they always understand the message!.

Working right near Yun is Peter Park, the head of a prison ministry in the area. When he is not street preaching or preaching in schools, Park is going to more men’s and women’s jails and getting permission to pass out tracts and preach. He wrote just recently: “there are almost 1,000 jails in Philippines. This week I visited Cavite Jail and Binan jail, which are known as the most congested jails in the Philippines. It is so painful and agonizing to see those inmates incarcerated in such a condition. A certain cell room houses 480 inmates where normal capacity is only 22. They say this is a real hell. However, to my amazement, the gospel makes them rejoice in such an extreme environment for the blessed hope of Christ! The jail population here keeps increasing sharply since the launching of the war against drugs by the president Rodrigo Duterte. The statistics shows that the jails in the Philippines are the most overcrowded in the world. On the other hand, I see this is the unique opportunity the Lord has given us for a special harvesting at the end of the church age.” He now makes regular visits to 28 of these desperately crowded jails, bringing hope.. 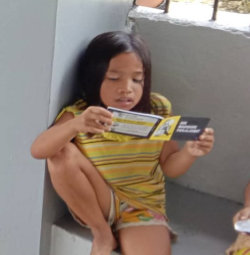 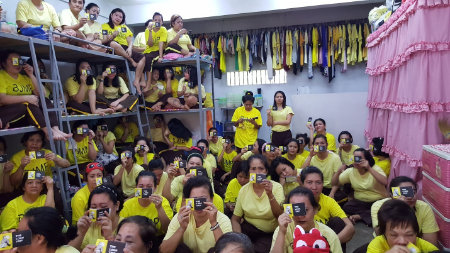 Kenya
Missionary Joetta Smith is having great success training pastors and churches to get involved in evangelism. She writes: “There seems to be an even greater interest in the tracts and people call from VERY far away and even show up to get them! We are always being surprised by the wonderful response the tracts bring! We get some wonderful testimonies. People seem to be getting more serious about their faith and the tracts are really hitting their mark.”

These men on the street are deeply engaged in reading these gospel messages: 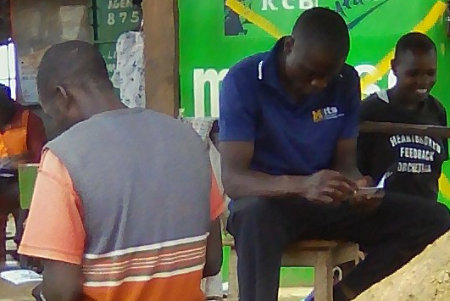 India
Your gifts have made it possible to support the summer outreach of the Bible school of the students of the People’s Baptist Mission to India. Instead of going home to their families, students take part in a huge national evangelism outreach. You provided 100,000 Chick tracts this last summer. The result of their outreach this year?

What a great investment in the Kingdom! As you provide the funding, we plan to continue to support this amazing ministry.

Kenya/Congo
Open Air Campaigners Overseas Ministries is conducting open air preaching in these two adjacent countries, followed up by passing Chick tracts to all who came. The results? Director David Wilson writes, “The Lord is greatly using them, especially in public schools after our assemblies. The students hear the preaching, and then each receives your tract, even the teachers. Thousands are being reached. Many are responding to Christ for salvation.”

Guyana
In this dense jungle country on the northern coast of South America, Missionary Dean Runyon has discovered that Chick tracts that you provide make a big difference in his mission. He writes, “Our people in the Northwest Jungle treat the “Chick Tracts” like books! The reason why is the staple! You might not believe that, but they DO NOT THROW BOOKS AWAY. They hardly get a book and they are cherished and taken care of. SO, the tracts are amazing enough, but with that staple and the booklet/BOOK format makes them even MORE AMAZING. PLUS... People get SAVED for eternity! WOW....” Another 30,000 Chick tracts are on the way to him.

Papua New Guinea
Missionary Eric Fair has another 20,000 Pidgin Chick tracts on the way to him. The government is very friendly to the Gospel here, so missionaries like Fair have a fantastic opportunity!

South Africa
It is so easy to think in terms of thousands of tracts distributed, that we often forget that those tracts lead to deeply personal moments of ministry. Missionary Jeremy Johnson in South Africa shared this experience: “A believer had a friend in Johannesburg who was very sick and dying. Clive was a new Christian at this time. He felt he wanted to go see this lost friend. So he told Pastor Alan Mercer that he was going to drive to Johannesburg to see this man. Alan offered to ride along and share the driving. Clive never said anything about witnessing to his friend while they traveled the 5 hours. At the hospital they visited with his friend, he was not interested in the gospel, but was glad Clive drove all the way over to see him. As they were leaving Pastor Mercer took out the Chick tract and gave it to the man to read later. They went home and a few days later the man died. Clive called the wife to give his condolences. In the conversation he asked the wife if her husband had read the tract. She was so excited to tell him that they read it together that night. She said her husband changed that night, he lost his hardness and fear of death. She said he died with a smile knowing he was right with God now. She thanked Clive for giving the pamphlet to her husband.”