The coronavirus pandemic has created huge challenges for missionaries all over the world. As governments try to limit contact with people, it has been necessary to find new ways to get the gospel into the hands of millions who have no hope, only fear.

One of the most popular methods being used is the preparation of food packets for those trapped in their homes, unable to work to feed their families. In Ghana, missionary Abel Veennema uses the tracts you provided as he speaks in schools, and goes door to door with the gospel. During Ghana’s pandemic lockdown, they made 700 food parcels to help families in need. As you can see in the photo, a Chick tract went into each one. Stuck in their homes, people will definitely have time to read them. 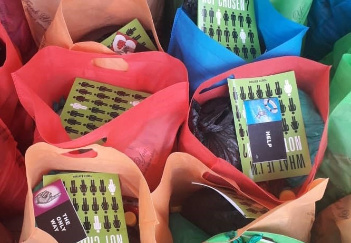 In Guatemala, missionary Walter Sayers and his wife did not let the pandemic stop their outreach. You provided 30,000 copies of Spanish “The Long Trip” for two city-wide outreaches. Since Guatemala has no post office, getting the tracts to them was a challenge. But God provided a way, and Sayers reports they were “very effective.” Sayers wrote: “we led a gang leader to the Lord right there in front of his members and it was amazing to see him transform right in front of our eyes. His name is Hugo.” In this picture, Sayers and his wife discuss Jesus with a couple on the street after giving them tracts. 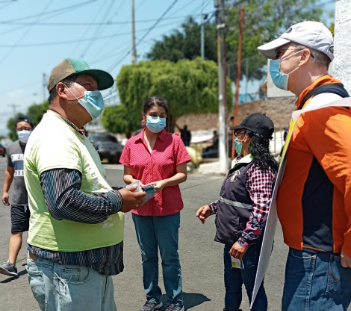 Pat Caspary, sent out of Redding, California, is using the same method as other missionaries during the pandemic . . . delivering food with tracts. In the picture to the right, every one of these food bags delivered by his team in Thailand has a Chick tract in it. And they will get read! 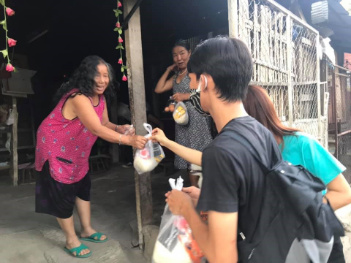 In this picture, taken in Ethiopia just before the pandemic hit, every one of these precious children is holding a Chick tract, thanks to you! They were provided through Zwedu Tefera, associated with Compassion International. 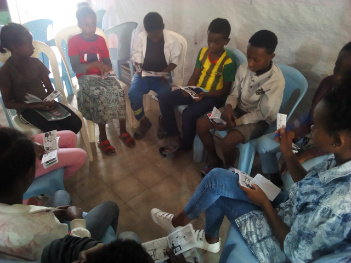 As this was being written, another 100,000 tracts were being delivered to People’s Baptist Ministry of India, led by G.S. Nair, for their nationwide outreaches. Even though it is a Hindu country, with a government hostile to the Gospel, believers there are willing to take the risks and persecution that goes along with witnessing. Pray for them! 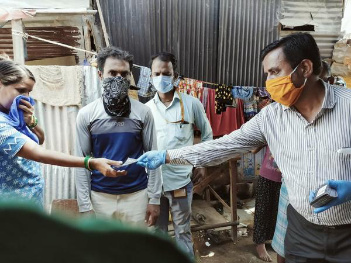 As you can see, the work continues to go on. Some parts of the Philippines are opening up again, and shipments have resumed there. Every day, more people pass into eternity. We are in a race!

Other Articles from July/August 2020: