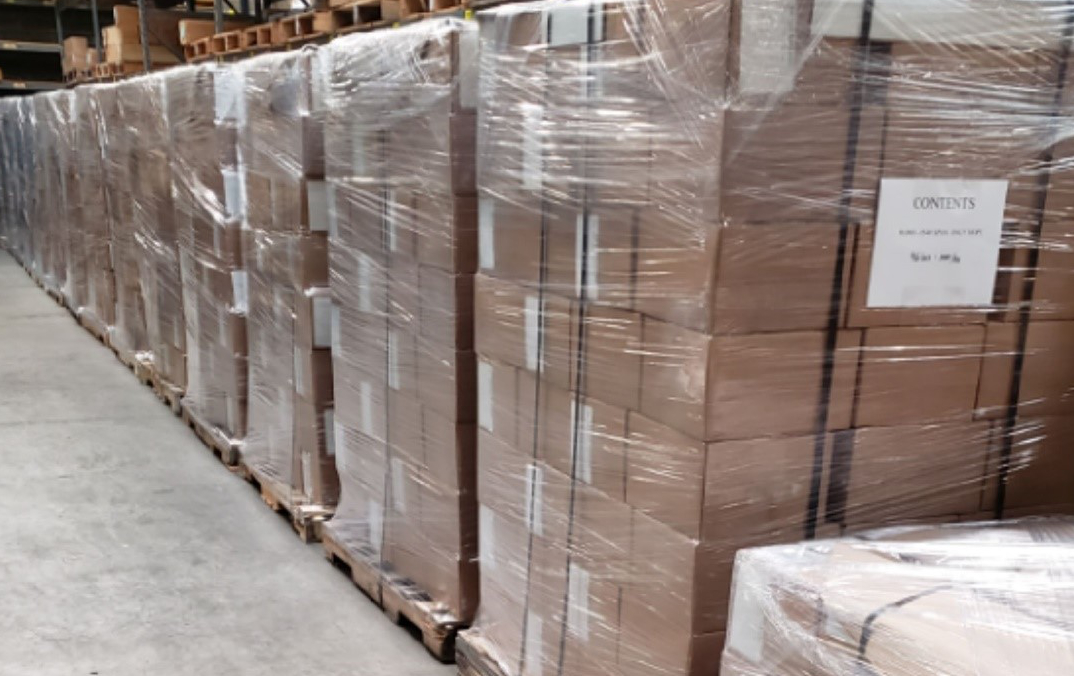 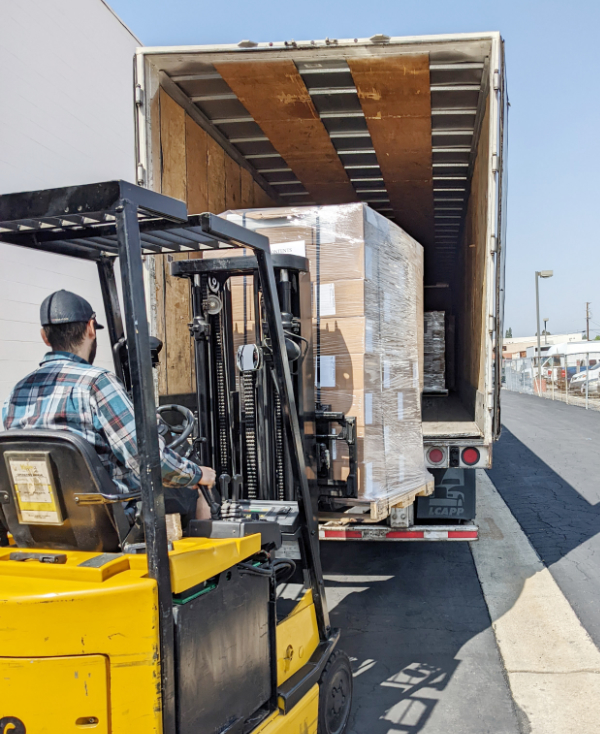 The pallets seen in the photos below filled a truck, and headed for Customs. From there, they were taken by Gary Schwer of the ministry Hands Across The Border (HATB) to distribution points throughout Mexico, Guatemala, Honduras, El Salvador and Nicaragua. As this newsletter is printed, Schwer has already begun distribution as far south as Sinaloa and is continuing further to bless local outreaches with ammunition —Chick tracts. Thank you for helping with this huge project! More information coming in a later report. 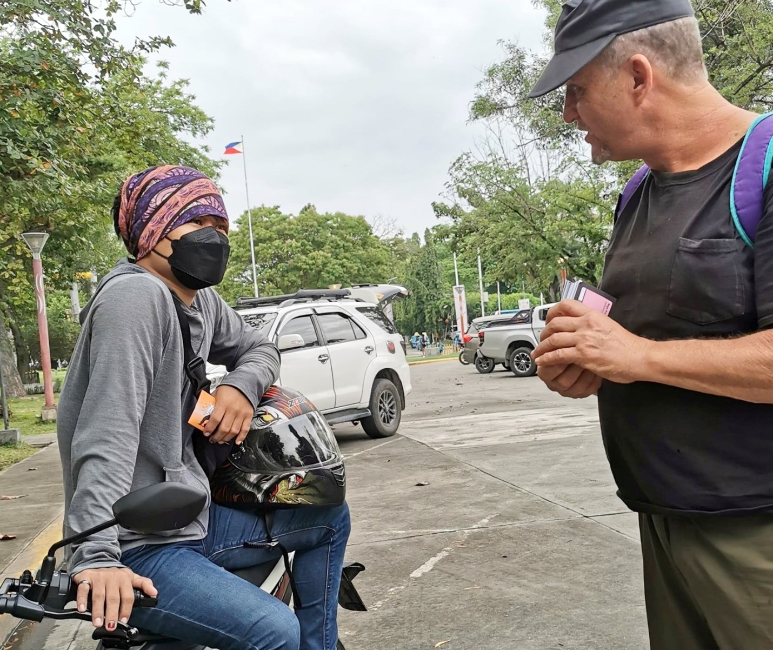 Missionary Bruce Hunsaker does not sit in a church . . . he is regularly on the streets with Chick tracts you provide, presenting Jesus!

Veteran Missionary Doug Sisson (BIMI) has big plans for August. Hundreds of pastors of small churches will converge on his church, Mt. Calvary Baptist Church, in the city of General Santos. They will receive training sessions, and Sisson will then arm each pastor with a few of the 200,000 Chick tracts we are sending there. At the time of this writing, the tracts are printed, and we are in the process of arranging shipping.

Missionary Mike Carey shares with us a few lines from the pastors who he supplies with the tracts. “Pastor Unay from Talisay Bible Baptist Church said ‘I am able to discuss with youth ages 13 and above regarding what is inside the Gospel tracts. By God’s grace there are 13 souls who received Jesus as their Lord and Saviour.’ Pastor Erwin Cayetor of Cantilan reports, “The church is doing extensive soul winning every Saturday and some days within a week to different places far and near the church even in this pandemic. “

Another tells of a lady who is now a pastor’s wife. “It all started with the tracts we gave her.”

As they have seen the amazing acceptance of these tracts, pastors throughout the Philippines have been starting Chick tract outreaches in their towns! This movement is growing! 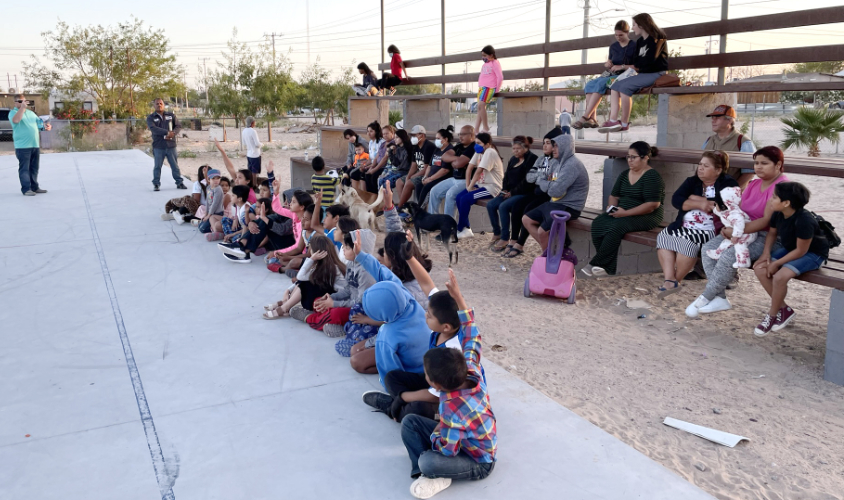 Missionary Tim Urling just got back from the “Holy Week” outreach in Puerto Peñasco, Mexico. Passing out 50,000 Chick tracts you gave them in the busy intersections, witnessing on the streets and preaching in the parks, they saw at least 200 professions of faith in Jesus Christ.

Below is the evangelistic team on the streets sharing Jesus.

They still had some tracts left, which were shared with the local churches to continue the outreach. They worked with four different churches to funnel prospects into their churches. Urling said, “very successful in my estimation. The Chick tracts are a real blessing and give us a way to sow the gospel and to break the ice to begin gospel conversations. Thank you so much for your part in this campaign!”

No matter how one feels about the governments of Russia and Ukraine, the ongoing conflict in Ukraine has destroyed the lives of millions of civilians who have had to flee for their lives. Your giving has made it possible for us to immediately respond when we get phone calls from missionaries who are about to catch a plane for Germany, Poland, Slovakia, Romania, etc. where they are working with the refugees. Thousands of Chick tracts are being used, along with relief supplies, among those desperate people. They are being used by workers from Charity Baptist Mission, Jewish End-Time Ministries, Seed For The Cities, Crisis Response International, Grace2Russia and Macedonia World Baptist Missions. Thank you for helping! 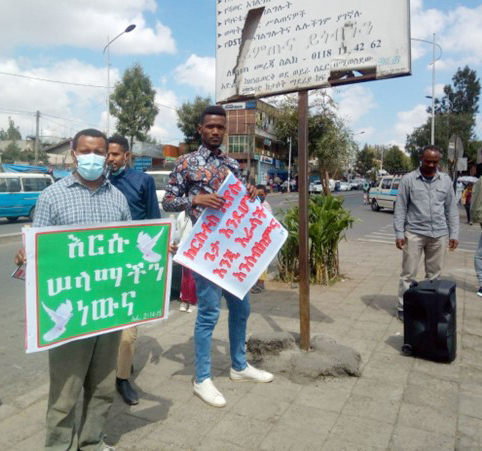 Workers with Compassion International have been receiving Chick tracts in both the Amharic and Oromo languages. One of the teams recently saw 40 people come to the Lord as a result of the tracts and evangelistic outreach.

Missionary Jerry Alford has been receiving Chick tracts through the Mission Fund for years. Shipping to him requires a different approach, but here is what he says about the tracts you gave him: “Your Chick tracts are one of three basic tools (Bibles and Bible courses are the other two) that I have used for over 35 years. Now there are over 20 churches here that would not have been here. Praise the Lord and thank you.“

Your gifts are still providing tracts to Missionary Joetta Smith in western Kenya. She recently wrote: “It is amazing but it seems the tracts are in bigger demand than ever before! It is exciting! I have a team of five pastors who are going out weekly to do street preaching and they will go back to begin to disciple those who responded. It is wonderful to see people now actually being drawn back to God! A crisis always does that.“ 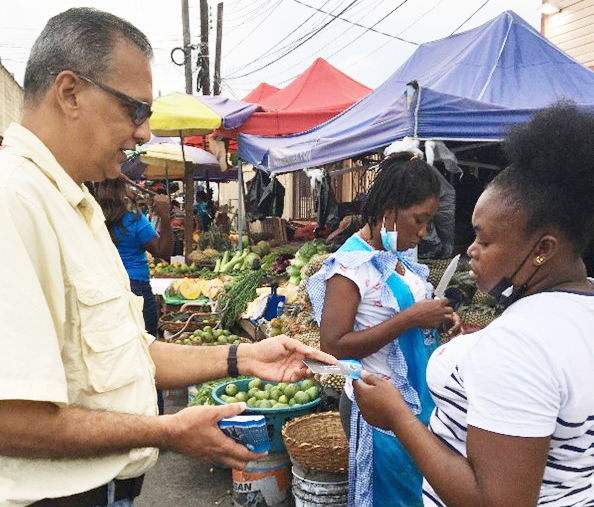 Another shipment of 20,000 tracts went to Missionary Noel Shrivnauth along the Demerara River in Guyana. He uses them regularly for outreach here. Below is a picture of Pastor Shrivnauth as he personally hands out tracts at the marketplace.

He reports that people read Chick tracts almost immediately after getting them. The Gospel is being planted in hearts and minds in this tropical nation! 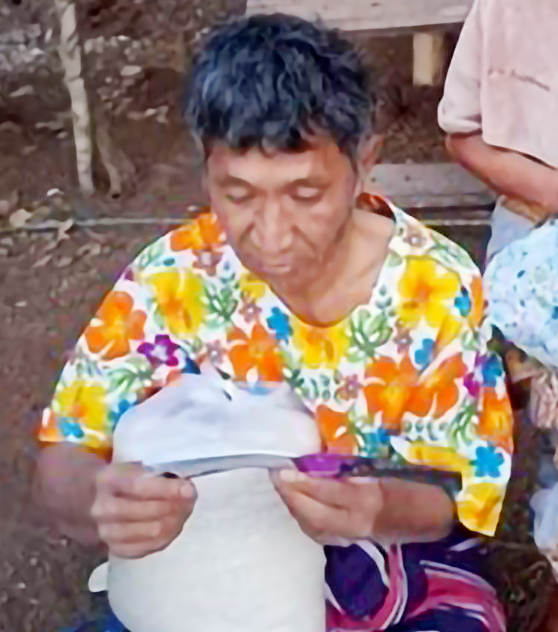 Missionary Pat Caspary works with teams who travel both in Thailand and neighboring Burma. You have supplied thousands of tracts for these precious people. It is not possible for us to ship the tracts directly into Burma, so we ship to Thailand where workers can pick them up so they will have them when they travel back across the border.

The Burmese army has been torturing and killing many of the people known as “Karen“ People. Sometimes they even burn thejm alive. They come across the border with absolutely nothing, and are given eggs, sleeping bags and other help. Caspary and his workers use creative methods to make sure that Chick tracts are included in each package. Pat Caspary is desperate to show them Jesus! Thank you for helping. We have so many pictures of people being helped and receiving tracts, it is hard to pick just a few!

Requests from missionaries have been coming in so fast that, even though you have been faithfully giving as normal, we have had to put some of them on a waiting list. As funds become available, we immediately supply them Chick tracts. It feels like the Lord is leading His church to make a big end-time push!

Other Articles from May/June 2022: