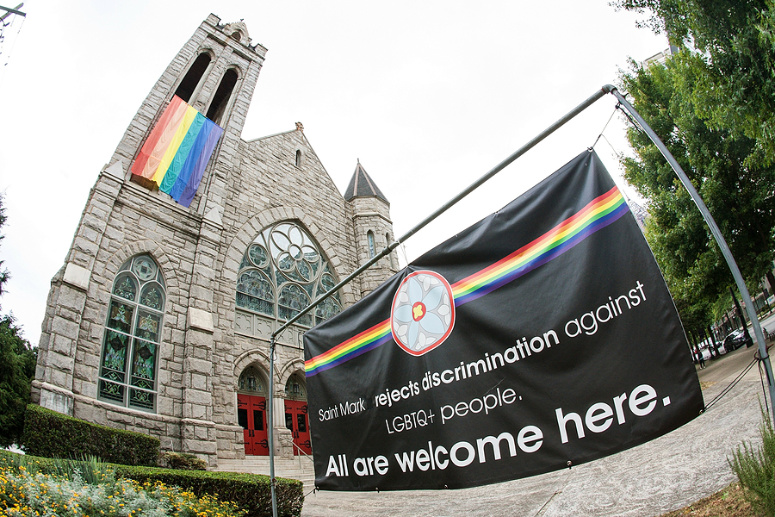 An awakening of sorts seems to be happening in one of the denominations that has strayed from Biblical doctrine. Seventy congregations in north Georgia have voted to leave the United Methodist Church (UMC), primarily because of a creeping acceptance of homosexuality in the denomination. Another 35 in Arkansas and 100 in Florida, as well as many others across the country, are studying the matter.

The split has been brewing for quite some time ever since the homosexual steamroller began to gain some momentum. Besides the Bible, UMC has a denominational manual called the UMC Book of Discipline. It specifically states that homosexuality is “incompatible with Christian teaching.” But some of those in leadership, both in the UMC denominational and local church areas have chosen to ignore these guidelines and go ahead with integrating practicing homosexuals into leadership positions.

When more biblically-based congregations objected to this, it appeared that denominational leaders were maneuvering to avoid dealing with the question. Eventually, this led to the current move away from cooperation with the central organization including the establishment of a separate structure called, “Global Methodist Church.” Some UMC groups project that 20% of the churches in their state will abandon the UMC for the GMC.

It is encouraging to see someone willing to stand for Biblical truth against the steamroller created by homosexual activists. John Wesley, founder of Methodism, would turn over in his grave if he knew that this was even an issue in the church that he birthed.

But other church organizations are not immune to this. The homosexual mantra, “love is love,” is not that far away from the easy believism of some of the current “evangelical” congregations. By adopting the corrupted Bibles, teachings on hell and judgment have been watered down. If we ignore God’s clear viewpoint on sexual perversion, it is easy to buy some of Satan’s other lies that he has introduced into the culture.

This failure to teach God’s preserved words has led to some startling recent statistics. George Barna, a highly respected Christian researcher, has found that only 6% of Americans adhere to a biblical worldview. This is not particularly surprising since he also found that only 37% of American pastors who claim to be Christian hold a biblical worldview. Catholic and mainline Protestant pastors ranged from 6 to 32% respectively.

Other labels had a wide variation in numbers. Those considered evangelical came out at 51%, with Baptists in general at 48%. However, Southern Baptists rated the highest, 78%, but charismatic and Pentecostal pastors matched the national average at 37%.

Another chapter of Barna’s survey included the world view of parents of preteens. The results show how this weakness in pastors affects the family. This is highly significant because a person’s worldview starts to form before he is two years old and is largely complete by the time he reaches 13.

Prospects for the future are not all that good, either. The same survey found that millennials in general, ages 18 to 36, hold only a 2% biblical worldview.

In Jesus’ day these statistics probably were not all that different. But he said it was a field ripe for harvest. The apostles took that challenge and proceeded to turn their world more right side up through the power of the gospel. Our tools today are much more efficient than theirs were. One of those tools is no-nonsense gospel tracts that present a balanced gospel. But they will only work if we put them in the hands of the unbelievers all around us.

Soul winners, we have lots of work to do!