How Old is the Moon? 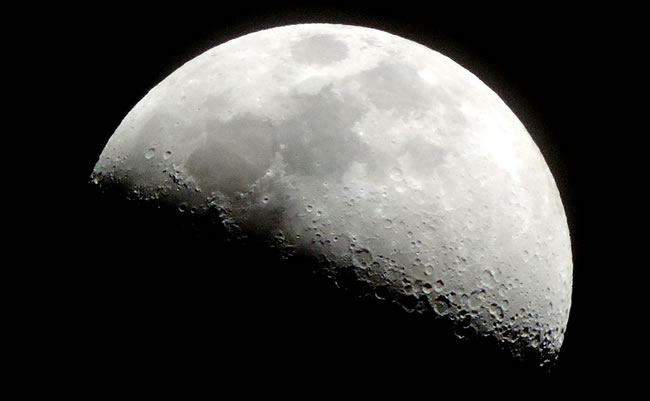 Recent pictures of the moon`s surface have evolutionists scrambling for an explanation. High-resolution images by a lunar orbiter since 2009 show over 200 new craters on the surface. "Not only does this study invalidate the idea that craters only form over long eras, but the research suggests that these regular impacts could completely alter the surface of the moon within a timescale of thousands—not millions—of years," wrote Garrett Haley on Christiannews.net.

Evidence like this continues to pile up against the "theory" of evolution, proving that the teaching of evolution is the result of bad science, not good science. True science inspects the evidence and proposes a theory and goes to look for more supporting evidence. Bad science assumes something is true and fakes the evidence to try to prove it. As the evidence piles up it continues to contradict the false assumption.

When Darwin first proposed the "theory" of evolution, men who had rejected God were desperate to find a "natural" explanation for where we came from. They were delighted and set out to find proof of the theory. When they found none, they began to fake it. They "discovered" Piltdown man, who was concocted from a human brain case with an orangutan`s lower jaw, with filed teeth and a filled cavity. They glued moths to tree trunks for pictures that were debunked after they were used in millions of text books. They assembled "Lucy" from bones, that some believe could belong to monkeys, scattered over a mile apart.

So, who is evolutionist`s creator? Time! When asked how the complexity of a functioning eyeball could evolve, their only answer is "millions of years." Yet, even their physicists admit that everything in the universe is falling apart, not getting more organized.

This kind of bad science is behind much of Satan`s lies. Evidence that homosexuals are "born that way" is non existent but many have bought the lie. Bad science is also behind the effort to find other worlds inhabited by aliens who may have found the solution to the world`s ills.

God says that the solution to man`s problem is a change of heart, not some fix by alien beings from another, more advanced world. Bad science is also behind the effort to alter the DNA to make a super race of people who never get sick or die. Again, bad science is being used by godless men to sell a delusion (lie) to those who reject God.1

The Apostle Paul warned Timothy to avoid "profane and vain babblings, and oppositions of science falsely so called:" It is amazing that Paul`s description is a perfect fit for false science such as evolution.2

Evolution and those who support it are indeed, profane. Webster says, "profane" is "characterized by irreverence or contempt for God." Most evolutionists have chosen to believe that man came from primordial soup instead of being created by God. Some try to shoehorn God into the process but have to deny the first chapters in Genesis to do it.

Bad science is also obviously in "opposition" to God when it works so hard to find another origin of the universe.

Good science, on the other hand, has given us ways to use God`s creation to build the most prosperous nation in history. That prosperity has funded missionary efforts taking the gospel to all nations. Now the lies of evolution, Marxism, humanism, globalism and false religions have created world-wide chaos. Jesus said that the end would come after the gospel had been preached to all nations.3 But we are supposed to keep winning the lost by exposing Satan`s lies until the last minute. The best way to find those open to the gospel in any crowd is wide seeding of gospel tracts.