Disney Peddling Another One of Satan’s Lies 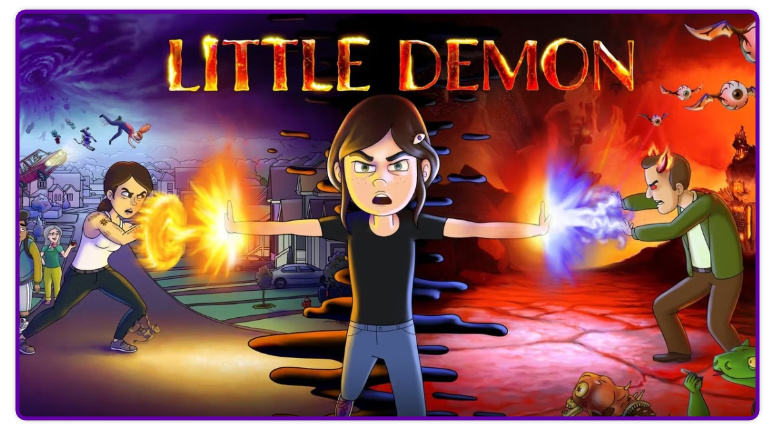 Good old “family friendly” Disney has added Satanism to its now infamous promotion of sexual perversion. The in-your-face title, “Little Demon,” leaves little question about the content. One organization of activists for decency, onemillionmoms.com (1MM), describes the show as TVMA (Mature Audiences Only) and that it contains frontal nudity and occult themes and rituals.

Disney describes the storyline as follows: “Thirteen years after being impregnated by Satan, a reluctant mother and her Antichrist daughter attempt to live an ordinary life.” Satan is portrayed as “an average, middle-aged, cardigan-wearing suburban dad,” according to 1MM. “The trailer is filled with satanic imagery, animated gore, and graphic violence, such as beheaded chickens, pentagrams, dismembered bodies, and melting human flesh.”

The program is available on FX, and joins other dark Disney-associated productions “Maleficent,” “Star vs. The Forces of Evil” and “The Owl House.” 1MM believes that their objections to The Owl House had some influence toward the planned discontinuation of the series.

A story in the Christian Post recently illustrated the danger of this kind of exposure for children. Jenn Nizza believed that she had a special gift to help people with spiritualist counselling. She “spent years doing readings and communicating with what she believed were the dead loved ones of her clients.”

Early in life, her family exposed her to discussions of paranormal activity. She had her first tarot card reading at the age of 13. About the same time, she remembers having dreams that essentially came true. This led to the belief that she had a special gift. She proceeded into numerology and astrology and started doing readings for friends and family, and later clients.

In the New Age scene, she truly believed that she was helping people. When a demon would come up impersonating a grandmother for one of her clients she shared in their tears of joy. She says she saw herself helping people as a “servant of righteousness,” but now realizes that it was a demonic masquerade.

As Nizza reached mid-life, rather than a fulfilled feeling of accomplishment, she began to experience depression and an eating disorder. “If you go down the wrong road — it just takes one tarot card reader on TikTok, one person in the new age, one ‘love and lighter’ [teacher] to tell you that you are gifted,” she said. “And you are going to go down the rabbit hole of destruction.”

Fortunately, along the way she had picked up the concept that Jesus was the answer to her torment. “When I was 36, I first cried out to Jesus,” she said. “I was at the lowest of the low, the lowest moments of my life —one of the darkest moments. … My soul, my spirit, knew to cry out to Jesus. I needed Him. …and He really did show up.”

Her story illustrates the heavy responsibility of parents to maintain a home atmosphere that does not encourage dabbling in the occult. Today, it is increasingly difficult with trusted companies like Disney blatantly dumping diabolical stories and images into our family rooms.

Seth Kirschner, creator of “Little Demon”, said, “We are going to keep going for it until we are told no.”

This makes it obvious there is really a demon behind that kind of determination. We need to register our “no” by refusing to allow such programming into our homes.

We can also counter it with wholesome literature that exposes the lies of the demons and replaces it with “instruction in righteousness.” Chick Publications has one tract, Bewitched, and a Crusaders Comic, Angel of Light, that carry a powerful antidote.