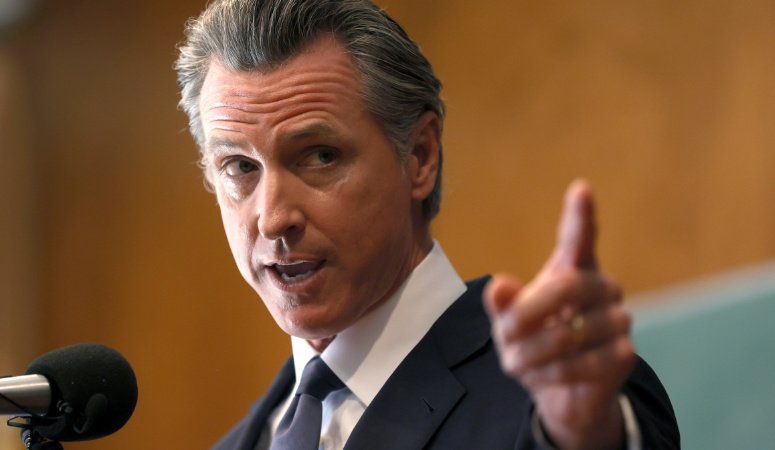 California governor Gavin Newsom has appointed five members to a new “Commission of the State of Hate” tasked with the responsibility of reviewing hate crime data and making policy recommendations related to civil rights. It will also provide resources for victims.

The commission is established primarily to focus on hate crimes, yet it is tasked with investigation of all forms of hate and to monitor and assess trends relative to the state of hate or hate-related crime.

Periodic reports are to be made to the Department of Justice, the attorney general and federal, state, and local law enforcement agencies.

The word “hate” has a long history. When Chick Publications began exposing the unbiblical pagan practices of Roman Catholicism in the 1970s and 80s, priests and ecumenicists immediately branded it as “hate literature.”

Later, when we published tracts explaining God’s abhorrence of homosexual behavior, “hate” was the accusation that burned the ears of our customer service representatives who answered the phone calls.

While the California Commission was formed primarily to track hate crimes, it is a small step from that to “hate speech.” Countries without America’s constitutionally guaranteed free speech have succeeded in prosecuting Christians based on speech that they objected to.

Many years ago, Canada censored some verses in the Bible that James Dobson of the radio program Focus on the Family was using in his broadcasts. Street preachers in England have recently been charged with speech that offended some listeners. In Germany, the tract, “Doom Town” has been outlawed because the government determined that its content was harmful to children and can no longer be distributed in the country.

Several European countries have passed laws against hate speech. Finland recently indited one of their members of parliament for quoting scriptures against homosexuality.

The Scottish Parliament recently approved a hate crime bill that included the offense of “stirring up hatred.” An objection was raised that the bill did not contain a “dwelling defense.” Without it there was a concern that if neighbors held a conversation and someone expressed a viewpoint against transgender rights or homosexuality, it could trigger a police investigation.

California's Commission is the first of its kind in the U.S. and other states may soon follow. There is a well known saying: “as California goes, so goes the nation.”

An example of that is in Virginia. When a Conservative government was recently elected, they found an ordinance in state law that specifically declared that Virginia must adopt the same automobile standards as the California Air Resources Board (CARB). A new regulation passed by CARB bans the sale of new gas-powered cars, starting in 2035.

“I am already at work to prevent this ridiculous edict from being forced on Virginians. California's out-of-touch laws have no place in our Commonwealth.”

What happens in California has a significant impact on what happens in other states. Virginia is one of 17 states who follow California's emissions standards in part or total. We also have seen how much influence the California entertainment industry has had upon the rest of the country.

Another side to this is also worrisome. One of the members appointed to the Commission has previously worked for the Southern Poverty Law Center (SPLC). This organization maintains a “hate map” that pinpoints over 700 organizations in the US that they consider to be purveyors of hate.

You can see from the image below why Chick Publications has reason to be concerned. (Hint: We're on the list!)

Mainstream news organizations and government agencies regularly refer to the SPLC as an authoritative and reliable source. Each white dot on the map of the US represents one of the 733 individual hate groups that SPLC has identified as a hate group and they track and attempt to expose their activities to the public, the media and law enforcement. 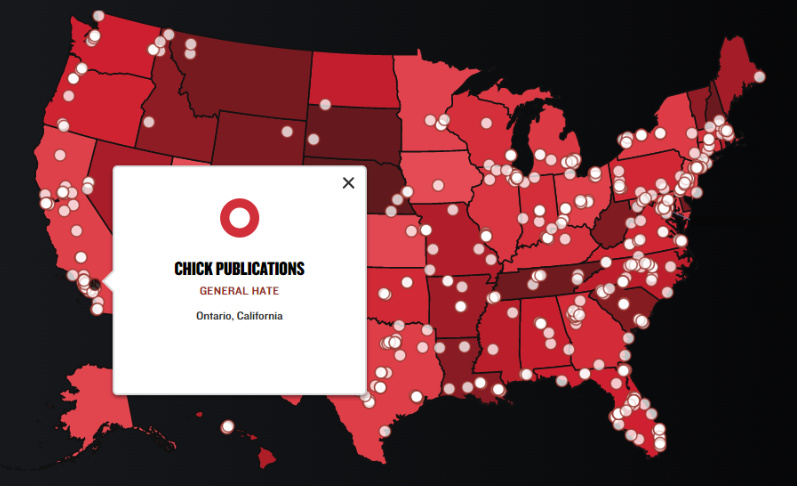 So far, America has benefited from the constitutional guarantee of free speech and the freedom of religion. However, those are both under attack now by an increasingly godless culture.

While we still have that umbrella of protection, we need to be focusing on the Great Commission like never before! After all, that's what the Lord has asked of us, correct? 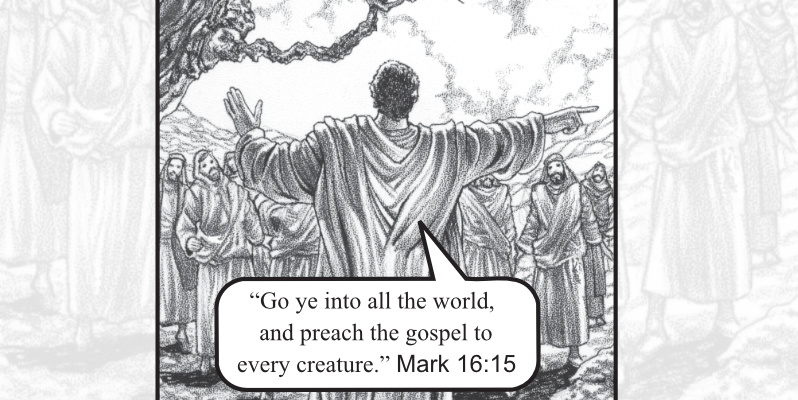 Mark 16:15 says for us to go and preach. Few of us have the gift to stand and preach God’s Word. But we can all put little paper gospel preachers in the hands of those we meet from day-to-day. It only takes a few seconds, but it can make the difference in someone's eternity. And you'll be pleasing your heavenly Father as you share the Good News of the Gospel!

Back in the summer of 2005, author Kurt Kuersteiner (www.chickcomics.com ) interviewed friends, associates and critics of Jack Chick and Chick tracts for a documentary, "God's Cartoonist." He asked author David W. Daniels the question, "Are Chick Tracts hate literature?"

The remarks in this video were totally unscripted and cover only one out of about 40 questions Kurt asked David that day, most of which didn't make it into the final cut of the movie.