A Message From Jack Chick March 1998 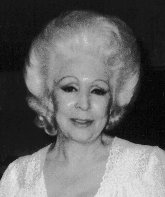 Dear ones in Christ,

Last week I lost my love of 50 years. My beautiful wife met her guardian angels at 9:15 on Tuesday morning, February 10, 1998 as the paramedics were applying CPR on our dining room floor.

A massive blood clot deep in her heart ended her journey on earth. As we were racing to the hospital my sweetheart was flying up to heaven to meet our wonderful Saviour.

Lynn played a very important role in Chick Publications and I have to go way back to tell you how it all started.

When I was in high school none of the Christians would have anything to do with me because of my bad language. In fact they said among themselves, "Should we tell Jack about the gospel?" They said, "NO! He'd be the last guy on earth to ever accept Jesus!"

But God in His mercy was controlling my life. I was involved in plays at school and was invited to try out for a working scholarship at the Pasadena Playhouse. I really wasn't enthusiastic but to be nice I tried out against 50 other students.

I had to give a dramatic and comic presentation, and the Lord stepped in. I blew my lines on the dramatic scene and froze on main stage as all those top flight directors were watching. Finally the words flashed into my mind and I finished the scene. They said it was the most dramatic pause they had ever seen and I won the scholarship. After three years in the military I returned to begin classes at the Playhouse.

It was during this time I met Lynn. She came to study voice and radio work. She was saved and I was terrible. We were sitting at a counter eating and there was a saying going around which was, "Don't be a fool, you fool!" I said that to Lynn and she fired back, "He who calls his brother a fool is in danger of hell fire and damnation." At that instant the Holy Spirit hit me in the chest like a telephone pole passing through me. God was doing a work on me. He put me under deep conviction...I was in spiritual shock! I had never heard anything like that.

We got married and we went to visit her parents up in Canada. Her folks were stunned to see what their daughter had married. While we were there my mother-in-law insisted that I listen to Charles E. Fuller's Old Fashioned Revival Hour. When he said, "Though your sins be as scarlet, they shall be made as white as snow." I fell on my knees and my life was changed forever.

Years later Lynn and I were drawing This Was Your Life on our kitchen table and she gave me the great scriptures needed to make it our best seller.

Only a committed Christian could stand with her husband when our world turned upside down. When we released the Alberto Series exposing the Vatican we rode through it together as we faced all of our problems and I thank God for her. She was my best friend and I can hardly wait to join her in that beautiful city.

Your brother in Christ,

Other Articles from March/April 1998: