More Proof Catholicism Is Not Christian 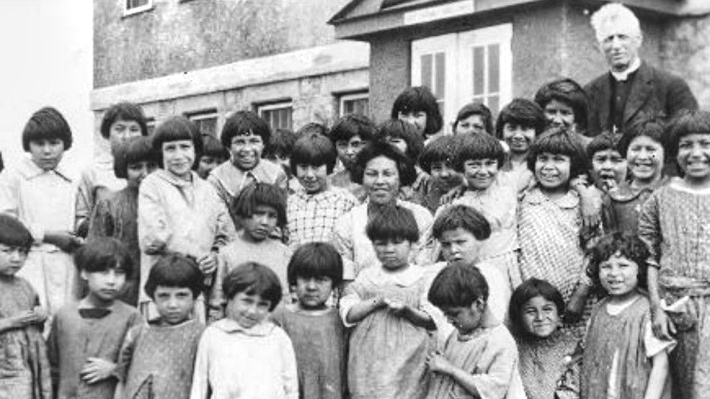 The school was operated by Catholic “missionaries” between 1890 and 1969. During that time, it was part of a network of schools that housed 150,000 indigenous children who were forced to attend state-funded schools; most of them run by Catholic teachers.

The rationale behind the schools was to help the indigenous children to assimilate into Canadian society. However, the Canadian government has admitted that there was rampant physical and sexual abuse of the students.

Canadian prime minister Trudeau has asked the Pope for an apology, but it has not been received. In addition, authorities have been attempting to get copies of the records from the school, but again have been stonewalled. Perhaps part of the reasoning is that this is one small corner of a huge stain on the efforts of early Roman Catholic conquerors in the Americas.

The European conquerors that invaded the New World generally did not treat the indigenous people well. But the worst offenders were in the countries where Roman Catholic missionaries landed. There are many stories in history of the brutality of these encounters. But the Vatican was in the middle of the ebb and flow of this part of history. Central to the politics of this era was the “Doctrine of Discovery” promulgated by a couple of popes during the middle of the 15th century.

The doctrine was not all that different from the kindergarten rule of finders-keepers. The Vatican simply gave permission to any governments dominated by Catholicism to take ownership of any new territories that didn’t belong to them. Some of the shuffling of kingdoms in Europe was done under this rule, but it mostly applied to land they were “discovering” in the New World. Under this doctrine, previous residents of the area were either evicted or worse.

An interesting example of how this has affected the world today is the fact that Brazil speaks Portuguese and the rest of South America speaks Spanish. As the Vatican presumed to dictate land rights under the Doctrine of Discovery, they stipulated that a line was drawn vertically through South America; one side of the line belonged to Portugal, and the other side belonged to Spain.

As tragic as it was for the little ones who were wrenched from their families and abused and buried in Canada, a similar tragedy is ongoing because of the false notion that Roman Catholicism truly represents the body of Christ. Satan has been exceedingly clever in constructing this deceptive counterfeit and selling it to the world as true Christianity.

Many of those to whom we witness want nothing to do with the gospel because they have been told of the sordid history of the Vatican brand of Christianity. No one has bothered to try to show them that that is a clever counterfeit by the enemy of Christ to discredit the true believers who order their lives according to the scriptures.

Satan is having a heyday with the new interest in the indigenous populations that were so mistreated by the Europeans who settled up the New World. Two generations of public school students in America have been taught this distorted history about the evils of Christianity over the centuries. In actuality, the real Christians who read the Bible, interpret it accurately and seek to live by it daily, would not have been involved in these atrocities. Still, our current culture is dedicated to this distortion of history. We will meet it in our witnessing and we need to know the truth so we can counter the lies.

Chick Publications has numerous tracts, comics and paperbacks proving that Roman Catholicism is not true Christianity.