Thanks to your giving, missionaries world-wide continue to send thanks for what these tracts are doing for their ministries. Here are just a few recent comments:

Missionary Tim Urling knows that he can’t do the job alone. He serves in Juarez, Mexico, a city of 3 million people; many more than he can ever reach. So he focuses on training local believers to reach them. He has seven students training to serve, as well as three men who are ready now to start new churches. Even that is not enough.

What better training is there than taking local churches into the streets with Chick tracts to witness and preach the Gospel? Through your giving, the Mission Fund was able to provide them with 80,000 Chick tracts. In the picture above, you can see his team with some of the 26,000 Chick tracts they put into people’s hands in just one of their 2-hour witnessing periods.

Urling writes: “There were several professions of faith including one man named Rudy who had a collection of the 8 different titles we distributed. He had lived in the US for 40 years and had recently been deported. He was very open and interested. He said the “green tract” (The Big Spender) was a reflection of his life. He prayed to accept Christ as his savior and was directed to a local church for follow-up.” Many of the 60 church members who participated in this outreach had a revival of sorts in their hearts and were filled with desire to be more dedicated in soul-winning. 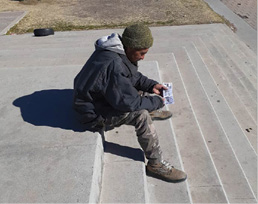 
Christopher War wrote: “I have had so many Italians thank me for Chick tracts and then I watch them from a distance start reading them all the way through. I have given them to people on trains and planes and boats and of course walking out on soul winning. I have seen God do amazing things through the Chick Tracts more so than any other tracts I pass out.”


Missionary Kathy Smith travels through many rural areas in India preaching the Gospel, and providing VBS for 12,000 children. Your giving recently provided her teams with more than 100,000 Chick tracts in Hindi, Tamil, Malayalam, Telugu and Oriya languages. She shared these reports from workers:

“Village people easily understand about Jesus and his birth, death, resurrection and salvation and lots of people are accepting Jesus as their Savior through these tracts.”

A village pastor writes: “Seven people accepted the Lord Jesus and are coming to my church after reading the Chick tracts.”


Missionary Jerry Alford reports: “Your tracts are our second tool we use to start churches after the Bible.”


Getting tracts to Missionary Don Cross in Colombia was really difficult, but these Colombian kids are sure glad they got through! 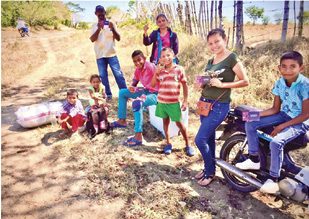 
The demand for life-changing literature is still growing here. You provided more than 200,000 Chick tracts to workers in the Philippines just since the last newsletter. Missionary Bruce Hunsaker has organized outreaches in at least 14 churches. He shows them how to preach and pass out tracts on the streets. See the photo below of kids at an open market avidly reading the Chick tracts he gave them. Thank you for giving ammunition to these missionaries!


Mike and Jody Cecil (BBMI) report that Chick tracts are well received in Thailand. Since many people world-wide want their children to learn English (maybe a better chance for a job) Jody volunteers to teach English at one of the local schools. While it is very difficult to get tracts into Burma (Myanmar) at this time, some of the Burmese children who are in Thailand have taken to walking her to the car as she leaves at the end of class. Mike says, “A few times, as she opened the car door, they noticed the gospel tracts in the pocket on the side panel of the door. Several of them grabbed them, and if they saw they were written in Burmese, they took them and ran. Which was ok!”

Yes, it is okay. Those tracts went home to families who might never hear of Jesus any other way. May God bring conviction and salvation to their hearts! 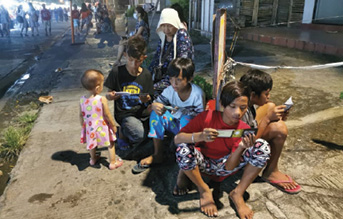 
Missionary Joetta Smith writes: “A pastor came here from 30 km today because he read a tract! He said because of the tract he has left the Catholic church!! He took a box of tracts with him and said he will be back for the meeting next Monday with ten of his colleagues! Another pastor texted me from another far away area to say he is planning to visit us here also...God seems to be opening the flood gates here!”


Missionary Mike Carey is also rapidly expanding his outreach with tracts. He gets permission to get them into the Philippine schools, where they will influence young minds for Jesus. He is also helping numerous small churches reach their communities. He shared this picture with us. We are currently shipping 30,000 tracts a month for Mike and his workers. 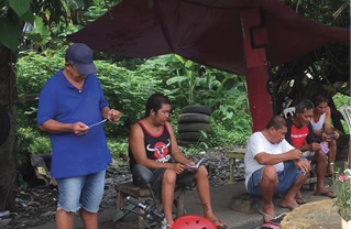 Other Articles from March/April 2020: