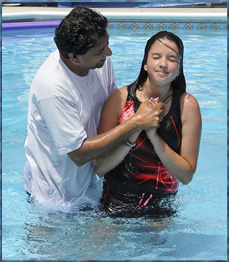 For decades, the Southern Baptists have tracked baptisms in their churches as a way to measure the effectiveness of their witnessing. Their leaders are becoming concerned as the numbers have been steadily dropping over the last decade.

As the world becomes more "worldly," witnessing is becoming more rare. While demand for gospel tracts is rising in foreign mission fields, usage in the U.S. is dropping. For more than a century, Europe has been a more difficult mission field than Africa or Latin America. As America drifts politically and culturally toward Europe, the gospel finds less and less fertile soil here.

One encouraging sign found by Barna Research is that the coming generation of 18 to 30-year-olds, known as Millennials, seems to be reversing the trend. Some 65 percent of born-again Millennials shared the gospel in 2013, compared to 56 percent in 2010.

A study by Southern Baptist leadership found a serious lack of a sense of urgency to reach the lost. As a result, few Christians bother to spend time with unbelievers. This has allowed popular opinion in the culture to shift against Bible believers, casting them more by what they are against than what they are for. Satan has successfully labeled Bible believers as judgmental, homophobic, hate mongers.

As a result, many who "name the name of Christ" have switched from sharing the gospel openly, to more incognito roles hoping no one discovers their true identity right away. Leaders are recommending a more subtle approach of "relationship evangelism." Only after establishing a "relationship," does one attempt to "evangelize." Unfortunately, this is not working out very well, because Christian "fellowships" have become more and more inbred, with little contact with unbelievers. Members concentrate on "fellowship" with other believers, seldom inviting unbelievers into the circle. This has all contributed to a loss of concern for those around us who, in reality, are on their way to hell.

Part of the world`s complaint about Bible believers being judgmental has some merit, when we approach them without the "joy of the Lord" in our attitude. If they fail to see that we are genuinely living an "abundant life," how can they develop a thirst for the Living Water that we are offering? When we hand someone a no-nonsense gospel tract, our face must show the genuine joy that we are living and an earnest compassion for that individual. But we must give them the tract, because in our busy lives there is little opportunity to spend time building a "relationship" before sharing the gospel.

So many Bible believers have kind of given up, recognizing that time does not permit reaching the world through a lengthy relationship process. We bemoan that the world seems to be "going to hell in a hand basket," and petition God for revival. But we must not forget that saturations with no-nonsense gospel tracts played major roles in past national revivals.

Tract blitzing is something we can all be involved in and Chick Publications has hundreds of letters and e-mail testifying to the power of the scriptures imbedded in Chick tracts.