France Takes Another Step Toward "The Mark" 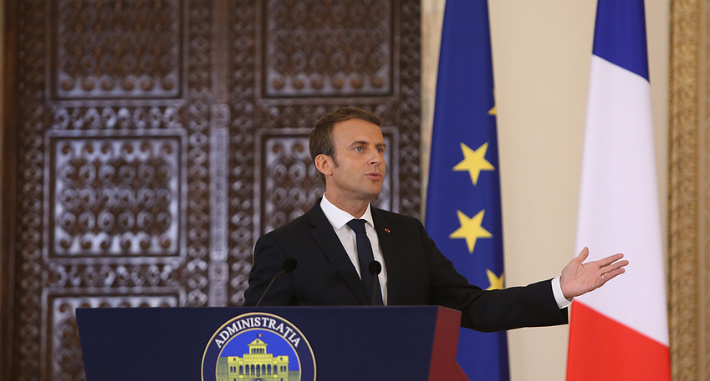 What do you do in the midst of the hurricane of fake news? The best thing to do is go to the only history/prophecy book that has proven accurate over the millennia, the Book of Revelation.

One more verification of the Bible’s accuracy surfaced recently in France. President Emmanuel Macron announced a tightening of the “health pass,” issued to those who have taken the COVID-19 vaccine. If not vaccinated, then they are required to show proof of a recent (taken within 48 hours) negative COVID-19 test.

While religious gatherings are not under the restriction, almost all other social contact requires the pass. Restaurants, shops, and theaters and all leisure activities are included in the restriction. So also are members of the health care system.

For the moment the restrictions apply only to those 18 years old or above. However, August 30th is a deadline for the 12- to 17-year-olds to qualify for the pass by receiving the injection.

Local transportation was not under the restriction but all airline travel and long-distance surface travel was included. Long lines at the ticket counters are expected because the pass has to be validated before boarding.

Fortunately, early on in the pandemic shutdowns, gathering to worship had been clarified by the high courts indicating that they were not the same as other gatherings of commercial or social nature and were therefore exempt from the restrictions.

Biblically, this may be just a practice run, but it is establishing procedures that will make it very convenient for The Beast to shut down all buying and selling for those who refuse to worship him. (See Revelation 13.)

While this is going on in a primarily friendly country, a far more hostile country is ahead of the game. China has a far more onerous surveillance system. It is mostly computerized and involves a system of “social credits.” People are tracked by their daily behavior and are issued credits or debits based on the government's satisfaction with that behavior.

Demerits increasingly limit a person's enjoyment of the better things in life such as airline travel, career advancement, and acceptance into schools and universities. It seems to work very much like our system of credit scoring for access to loans.

As you can see, the technology is pretty much in place for The Beast of Revelation 13 to exercise full control.

Years ago, Jack Chick visualized these days and prepared a tract called THE BEAST that outlines many of the events of the last days.

Description: This Bible prophecy tract hits hard.
Accept Christ or face a time of trouble like the world has never seen.

It is becoming increasingly obvious that the Pope is going to come down on the wrong side of prophecy when the one-world religion is put together. He has recently spoken favorably of evolution and he is solidly on the side of man-made global warming and the modern view of socialism.

Besides the tract, THE BEAST, some of the Crusader Comics, based on evidence supplied by ex-Jesuit Alberto Rivera, explain the play-out of the last days scenario more completely. 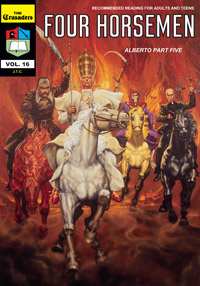 Description: Here is a clear description of how the papacy fulfills Bible prophecies of the antichrist.

Because the Vatican is deeply entangled with the end times scenarios, many of the books that Chick Publications sells on Catholicism are also relevant.

Visit our Catholicism information page to see helpful articles and products on this subject.

Join Amir Tsarfati, a native Israeli and former Major in the Israeli Defense Forces for his new teaching, "The Rise of the One World Religion". He examines this new system that will eventually unite all people under one man – the antichrist.

Other Articles from September/October 2021: